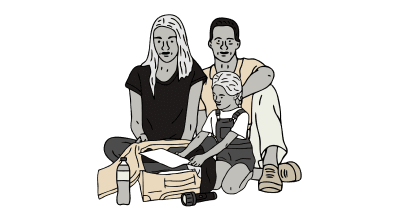 There is a serious threat that Russian troops will lay siege to some Ukrainian cities because of failing to overthrow the Ukrainian government quickly. Therefore, civilians must prepare to reduce casualties and maximize survival. This document outlines important areas where training is needed for the civilian population.

Access to water will likely be blocked intentionally – to force defenders to surrender – or due to accidental damage to water treatment facilities and pipelines. Nevertheless, water is vital for drinking, firefighting, and healing. While the supply source is still available, fill as many containers as possible. These include bottles, pots, tubs, containers, and non-traditional water containers such as condoms. Without water, you can only resist for up to three days.

Create stocks of high-calorie food for long-term storage. Start limiting your consumption now. Cook perishable food while there is electricity or as long as possible and freeze it. After the loss of electricity, store food in cold places – preferably underground – with ice and in a safe place where it will not be damaged or lost during the battle. Divide the stocks of canned fruits and vegetables into parts because they will decrease over time.

You will also need vitamin supplements. Children, the elderly, and the infirm will especially suffer from malnutrition if they eat poorly for a long time. If these people can be evacuated, they must be evacuated. It will also reduce the number of people who need to be fed during the siege.

Civilians should stock up on such items of clothing.

Civilians should limit the number of sharp debris caused by shelling. It is best to protect the windows with boards. Use plywood sheets or corrugated boards. Cover the windows with thick cardboard and carpets if you don’t have them. Civilians can also reduce fragmentation from the blast by stacking sand or soil outside the windows and brick walls.

Inside the rooms, turn heavy furniture such as sofas or tables so that they are between the inner load-bearing wall and the outer wall. Bullets usually pass through brick walls, doors, and cars. The wall is not a reliable cover. Civilians should try to establish two levels of barrier between themselves and the source of the fire if they come under fire from a shelter.

As the urban environment is polluted during the shelling, a lot of dirt and dust seeps into the clothes of soldiers and civilians, who will increasingly look the same. It is especially true at night. In addition, as opportunities for shooting at outdoor targets change rapidly, there is a significant risk that civilians may be fired upon while moving between buildings.

To avoid this, drill holes in the walls between adjunct buildings, preferably after consultation with a specialist, so you don’t go outside. Then, using a clothesline, fishing line, or cable, place flags and other materials between buildings to block direct visibility and top-down viewing.

First of all, healthcare professionals will be overwhelmed as the number of victims increases. Therefore, they should conduct training for their fellow citizens on first aid and stabilization of the victims. It will give specialists time to help wounded civilians. Doctors and nurses should organize training for civilians who remain in cities. The main consumables include:

Russian military fires on clusters of mobile phones. In Syria, this has led to regular strikes on hospitals. It is important to minimize mobile signals in these areas for civilians sheltered or using medical facilities with the military. This requires discipline.

Mobile phones should be switched to airplane mode and turned off before approaching such public areas. They must remain switched off until civilians leave the confines of such a shelter. Pattern behavior is also dangerous. Civilians should try not to take the same routes to and from points every day and change the arrival and departure times from key locations.

Many of the issues discussed above will be inconvenient for civilians when put into practice. For example, nutrition should be balanced, but this will lead to a breach of unity if such regulation is not perceived as fair. Families will be emotional and irrational in their treatment of the bodies of their dead relatives. To not interfere with civil protection, it is necessary to discuss and agree on actions within communities. It is best to do this in neighborhoods, shelters, or other places, depending on the specific geography of cities. There should be an area where you can meet to resolve issues and exchange information in such places.

The group should agree on storing and distributing food and other supplies, maintaining sanitation, and disposing bodies. Discussing difficult topics before they become a reality will reduce shock and strengthen the will to resist.

Relations between civil and military

When the civilian population adapts to life in the war zone, the city will disintegrate into very localized areas. There may be mines, mine traps, different restrictions, contaminated soil, and other problems in different parts of these geographical areas. Military control of these territories may also change, even without changes in the structure of the civilian population.

Therefore, city groups should appoint their trustees, who will meet with military representatives of the Ukrainian or Russian armed forces, depending on who controls the territory, to discuss issues affecting the security of the civilian population. The community should empower these individuals to make decisions when interacting with the military.

With these and other means, you can survive. Survival is the key to resistance.

If you have seen enemy’s Subversive Intelligence Groups or saboteurs

You should pay attention if suspicious people:

What should i do:

If there are representatives of the territorial defense or law enforcement officers nearby, try to detain the saboteurs. It is worth doing only if you’re confident in your abilities and have a numerous advantage over the enemy.