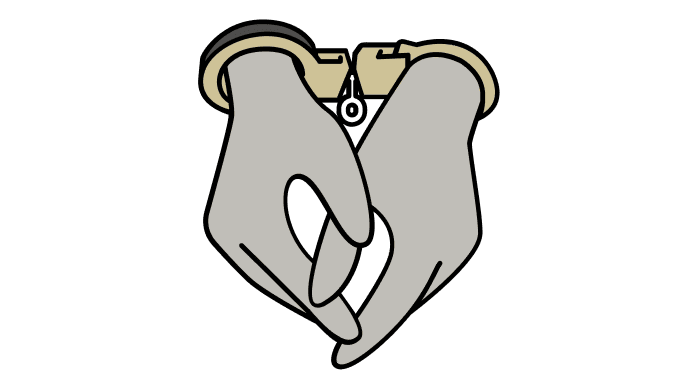 None of us expects to be kidnapped or captured, but in occupied territory the possibility is quite high. Civilians are the least prepared for the conditions of war, but knowing proven strategies for responding to capture can increase your chances of survival and improve your well-being both during captivity and after release.

We hope you never have to use these recommendations, However, Ukraine is resisting full-scale military aggression. Understanding fundamental captive survival strategies will give you the best chance of adapting to the demands of the captivity, no matter how long it lasts.

The enemy wants to influence the adversary through the use and exploitation of hostages and prisoners. In this regard, it is necessary to remember that the hostage’s only available resource is his emotions.

Although the experience of hostages and captives varies widely, the following behaviors should generally be expected of kidnappers:

Stages of adaptation to captivity

The type, intensity, and duration of reactions to capture and captivity vary dramatically among captives. Any such reactions should be considered normal in the conditions of an extremely stressful situation. The most important thing to do is to get your initial reactions under control as soon as possible. It is believed that the first 45 minutes of capture are the most dangerous, because the kidnappers and captives are at their most tense and prone to impulsive behavior at this moment. The sooner you calm down, the smarter you can react to the situation.

Survival in captivity is largely a matter of chance. However, captives can maximize their chances of survival and minimize their suffering by managing themselves, their time, and their environment to some extent. Below are tips from former hostage takers and experts in the field. These are not strict rules that must be strictly followed but rather general recommendations. In such complicated situations, there is always space for exceptions to the rules.

Regain – and keep – your composure. Try to control the panic reactions after capture as soon as possible. To get yourself together, choose the physical resources of the body: for a short period of time, allow yourself to tremble as much as possible (if it’s safe); pat yourself on the thighs or lower legs to feel the body; press your heels into the floor; touch the wall with your back, etc. Always try to be calm and clear. Without risking your own safety, try to calm other hostages who are struggling.

Open conflict in captivity is usually counterproductive. The safest is to control impulsive behavior , stay calm and follow instructions. In the early, sharp stages of confinement , be aware that even eye contact is seen as a challenge. In most cases, when hostages were killed, they tried to resist the kidnapper.

Make the kidnappers recognize you as a human. Kidnappers tend to dehumanize their captors. Therefore, you should use situations in which you can be identified as an ordinary person. Avoid taking the initiative, use the opportunity. Talk about household items, the weather, the behavior of the birds in the field after the harvest – anything that speaks about your humanity, but does not convey information about your personality as such, and doesn’t have any political or recognizably cultural coloring. If the kidnappers “catch” you at your word and try to put it in the context they need – show absolute confusion.

Follow the rules set by the kidnappers. Unless you have a clear reason not to do so (such as a violation of your personal dignity or safety concerns). it is reasonable to agree to the demands made by your captors. Of course, there may be rules that you’re willing to break even under penalty, for example, prohibition on communicating with other hostages. Be careful and always compare the likely results of your behavior with the possible consequences.

Say as little as possible when asked. It is necessary to give short answers to questions, avoid making suggestions and emotional coloring. Don’t try to show your attitude to kidnappers by facial expressions or posture. Remind yourself that reacting effectively in order to survive is the most important thing at the moment.

Accept the circumstances with dignity. A sense of self-worth is an important resource. Unfortunately, dignity is often one of the targets of tortures if they are used, especially in wartime. By attacking dignity, criminals try to distort a person’s self-perception, change their behavior and influence the entire society, of which a hostage is a member, with these changes. Therefore, live your values, don’t discuss them. Avoid open displays of cowardice, fear and submissiveness.

Try to comply with the laws of Ukraine and the rules of human existence as much as possible and avoid attempts to force you to commit a crime, unethical behavior. Your first priority is to survive but a crime you could have avoided would still be a crime no matter what circumstances you find yourself in.

Define the goals. Be determined to make it to a certain date, such as a family anniversary, but be prepared to “reset” those dates if your captivity drags on. Note that the longer your captivity lasts, the safer this situation is for you.

Maintain some form of control over your environment. This strategy reduces stress by increasing self-esteem reducing the feelings of hopelessness and helplessness. For example, sharing food with other prisoners can not only reduce the feeling of loneliness, but also build the necessary social bonds.

Keep your mind active. Note as many details as possible about the habits and characteristics of your captors, your surroundings, etc. As you begin to recognize patterns of behavior and procedures, it will also reduce your fear before the unknown. Develop mind games to stimulate your thinking, for example, try to remember plots of movies you’ve seen or passages from books you’ve read.

Look for humor in your situation. In the early stages of confinement, when kidnappers are tense and are willing to instill fear and compliance, it wouldn’t be wise to make jokes. However, when captivity has settled into a predictable routine, humor can be a very powerful antidote to hopelessness. Even internal laughing at yourself can help with anxiety and frustration. Try to find something funny in your situation, but be careful and don’t forget about common sense. Remember that you shouldn’t stand out or provoke violence.

Eat and exercise. This will have a two fold effect: you will maintain your overall fitness and reduce negative effects of stress and confinement. Adapt to the imposed restrictions – some prisoners continued to train, even despite shackles and being blindfolded.

Actively use methods to fight stress. For example, meditation techniques can help reduce the level of stress and can be very useful as a pain management method. Meditation can also help deal with claustrophobia caused by physical limitations. Practice other stress-management techniques: create and stick to a daily routine, keep a diary, etc. Use every opportunity to sleep.

Accept your flaws. Don’t focus on feelings of weakness or guilt about your behavior during captivity. You got into an extraordinary situation without any warning or preparation. Obviously, you are under a lot of stress and may make mistakes or lose control, but don’t feel guilty about it. Don’t let these feelings overwhelm you. You did everything you could at that moment. Feeling guilty about others (whom you couldn’t/didn’t have enough time to warn or save) is very painful, but it is a manifestation of a healthy psyche. However, it’s very dangerous to remain in guilt for a long time. Allow yourself to mourn losses, and forgive yourself for the lack of superpowers. Focus on the present and the future.

Be tolerant to other hostages. Each person reacts differently to stress. Maybe, you will have to help these people deal with the situation. In addition, the helper’s role strengthens the feeling of your own ability. Be tolerant and remember that hostages may take out their frustrations on other hostages, as doing so against the real culprits – your captors – is too risky. Therefore, don’t pay attention to cases of emotional breakdown on the part of other prisoners. Help people recognize their own emotions and the emotions of others. A big risk is the aggravation of paranoid fears and suspicions of each other. Talk about it whenever possible – awareness eases emotional distress and helps build trust between people.

Keep hope. Believe in what is important to you: family, God, country, or any other abstract ideal. Remember your loved ones and relatives who are waiting for your return. It will give you more strength and patience.

Capture situations vary greatly, so it’s important to be flexible and adapt strategies and behavioral rules to the specific case. This approach will increase your survival chances and also minimize the consequences of being in captivity, allowing you to wait for the release with dignity.

Military prisoner: what to do?

Currently russia keeps a large number of Ukrainian prisoners, conceals information about their exact location and doesn’t inform their relatives about their condition.

If a person close to you was captured, fill out this form, and human rights defenders will join the process of returning them home.

Apply for this form also if you only assume that a person close to you, who protects our country, is in captivity in russian federation. It’s not only about the citizens of Ukraine, but also about foreigners who fought on the side of our state.

This is the “Search.Captivity” humanitarian initiative. The Main Intelligence Directorate of the Ministry of Defense of Ukraine informs about the launch of the project to search for Ukrainian prisoners of war.

The group of human rights defenders provides support to prisoners of war and their families on the basis of Geneva Convention, which provides for the legal protection of prisoners by lawyers.

The material uses the recommendations of the guide “Hostage Survival Skills for CF Personnel”, by Major P. J. Murphy, Captain K. M. J. Farley, as well as specialists of the NGO “Forpost”.