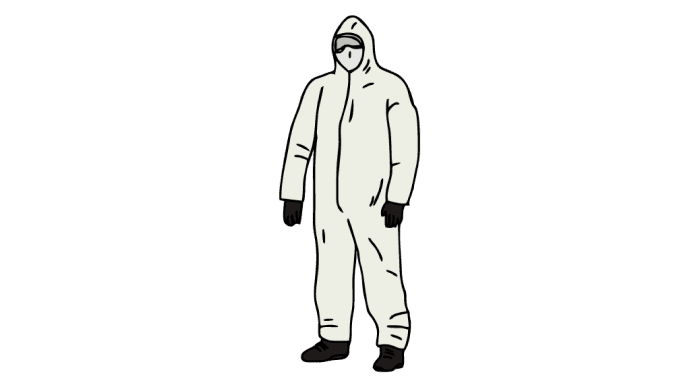 Official Reports of a Chemical Attack

Chemical weapons are extremely toxic but their use cannot always be determined quickly. That is why it is important to follow the reports from official sources and strictly follow the instructions they provide. Such messages should include:

Generic chemical alert reports are common for all categories of chemicals. Once the use of a specific chemical weapon has been confirmed, official announcements and instructions will be detailed.

Signs of chemical weapons use

If you are in a combat zone, pay attention to the following external signs of the use of chemical weapons:

Any of these signs can be an indicator of the use of chemical weapons. The presence of several symptoms at the same time indicates an increased likelihood that the incident is related to the use of chemicals. Immediately report the presence of such signs to the emergency services number – call 112 (the dispatcher will relay the call to the team of the required service)

Attention! If you suspect the use of chemical weapons, respond appropriately to reduce the potential harm to yourself and others. Do not put yourself in danger!

Priority actions in the area of chemical contamination

What to do if you find yourself near a chemically affected zone.

If you are outdoors:

If you are indoors during a chemical alarm:

If you are in your car and cannot leave the affected area, minimize the risk of chemical exposure:

The main physical symptoms of the use of chemical materials:

What to do if you have symptoms of chemical damage, or you think you have been in contact with a chemical (for 15 minutes after exposure):

Damage caused by a chemical agent cannot be transmitted from person to person. It is not a contagious disease that can be transmitted by coughing or sneezing. However, people can spread the chemical if it gets on their skin, clothes, or hair.

People can also spread the chemical through body fluids. If someone else comes in contact with the chemical in this way, they may be harmed. After people exposed to chemicals take off their outer clothing and wash themselves, most of the chemicals will be removed and the likelihood of them spreading will be greatly reduced.

Evacuation from the area affected by chemical weapons

When evacuating from the area affected by chemical weapons, wear clean, tight clothing that covers all areas of the body as much as possible. If possible, wear goggles, masks, hats, gloves, and a raincoat. If you need to be in the shelter, prepare an emergency supply of water, food, and essentials. Read more about the preparation of your apartment for an emergency here.

Areas affected by chemical weapons can remain dangerous for a long time, from several hours to several months. Do not return to the affected area without the appropriate instructions of the Emergency Services Department and other emergency services.